This is a part of the University Library of the Medical University of Vienna that is housed in the Josephinum and is available to the public. With around 500,000 volumes, the library is both Austria’s largest archive library for the history of medicine and related disciplines and a source of up-to-date research literature on the history and social history of medicine.

For example, in addition to thousands of historical monographs, there are around 35,000 historical dissertations and around 100,000 historical reprints, known as separata, as well as around 750 historical and contemporary journals and over 5,000 monographs on recent research, which are continuously added to, within the library’s holdings.

The foundation for the comprehensive holding of medical-historical secondary literature was laid at the start of the 20th century by Max Neuburger (1868-1955), chairman of the Institute for the History of Medicine – but the historical collections reach back into the 15th century.

The library tradition of the Josephinum began at the same time as the opening of the institution by Joseph II in 1786. Since then the holdings have been continuously expanded and enhanced thanks to the Josephinum’s own endeavors as well as many generous donations by private patrons and major institutions, which is why there are now numerous special collections, such as the Josephinian Library, within the Branch Library of Medical History.

Founded in 1786 as the library of the Academy of Military Physicians, this library received its initial stock from Giovanni Alessandro Brambilla (1728-1800) and Joseph II. Over its 230-year history, and in particular after World War II, the holdings of this sub-collection have been continuously expanded with the addition of new historical books.

Today the Josephinian Library holds a total of 6,377 titles (around 11,500 volumes) published before 1900. The holdings can be broken down chronologically into 12 incunables, 444 works from the 16th century, 629 titles from the 17th century and 2,759 books from the 18th century. The remaining 2,495 titles are overwhelmingly from the first half of the 19th century.

In terms of its content, the Josephinian Library has an operative specialism. In addition to surgery in the narrower sense of the word, the collection has large holdings of works of anatomy, ophthalmology and obstetrics. Other focuses of the collection were the most important works of the disciplines mineralogy, chemistry, botany and zoology which at the time were part of the medical curriculum. 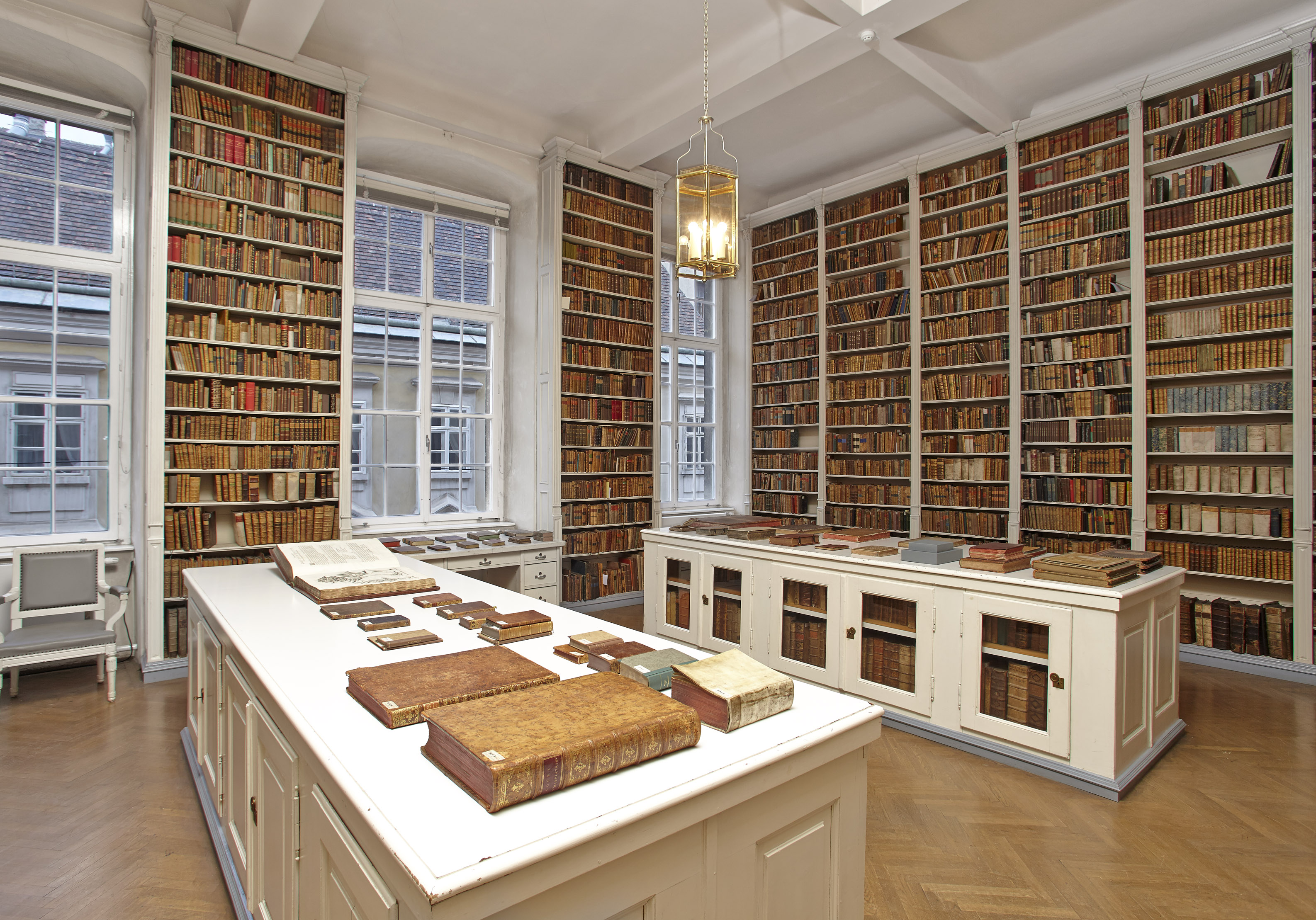 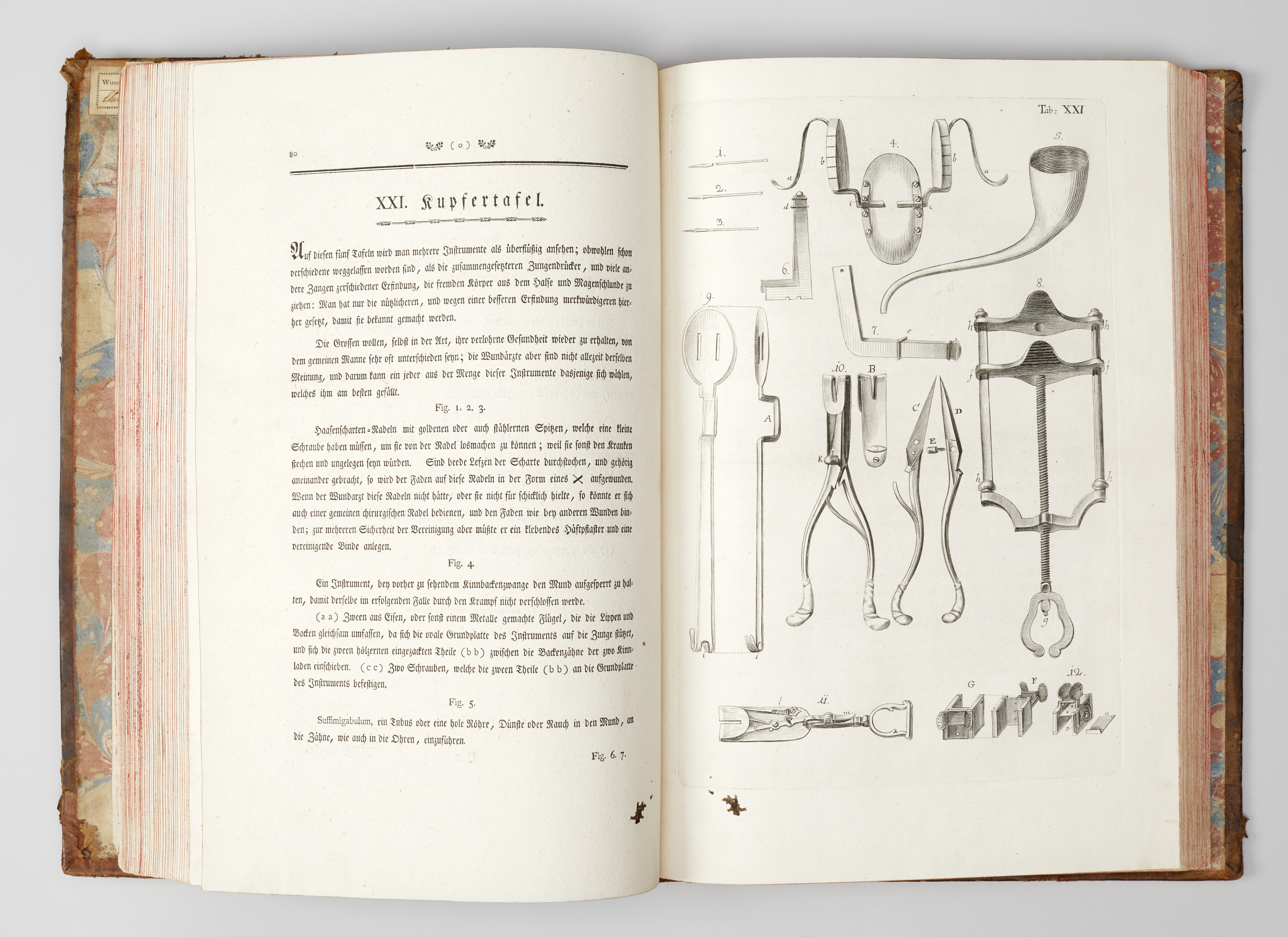 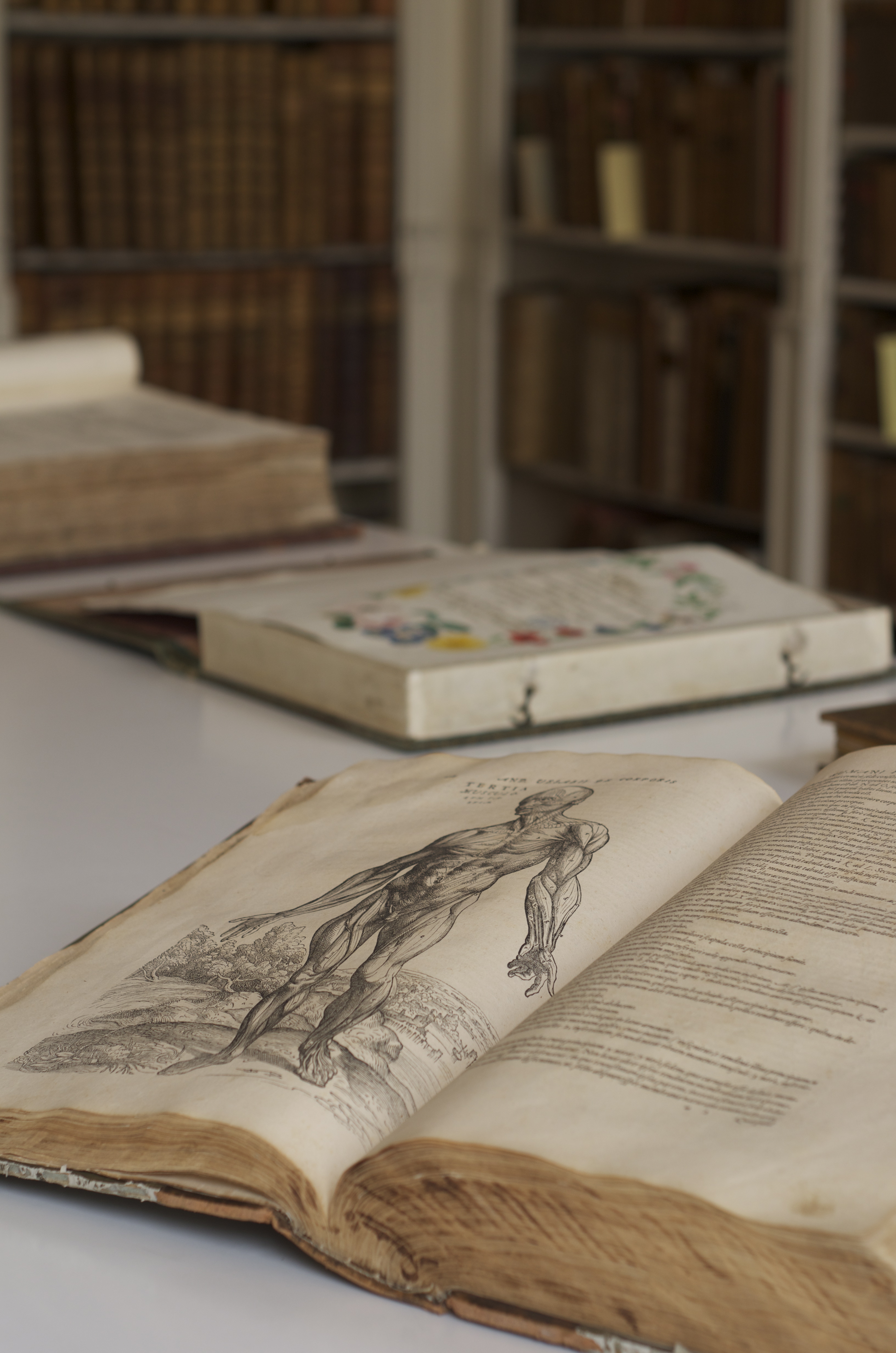 The Josephine Library
founded in 1786

Insight into the Josephine Library, founded in 1786 as the library of the Military Medical Academy.

The book of the Instrumentarium Viennense by Giovanni Alessandro Brambilla.