Enthused by the wax models in Florence commissioned by his brother – the Grand Duke of Tuscany and later Emperor Leopold II – Joseph II ordered a total of 1,192 models for the newly founded academy in Vienna. We know that the idea came to him during his travels in Italy in 1769. There he had visited the science museum La Specola, which his brother Leopold had furnished with anatomical specimens of plants and animals made from wax. Northern Italy was a flourishing center of the art of modelling in wax. Previously, teaching aids such as obstetric models had been made from terracotta and clay. Wax, however, was not only easier to sculpt but also cheaper. The creators of the anatomical models were artistically talented anatomists, physiologists and historians of science, working under the direction of Paolo Mascagni (1752-1815), who is also famed for his research into the lymphatic system, and Felice Fontana (1720-1805). During his lifetime, Joseph II ordered a total of 1,192 wax models valued at 30,000 guilders. In 1784 his first models were finished, dismantled into separate components, packed up and loaded onto a convoy of people and mules departing from Florence. They passed through Bologna and Verona, crossed the Brenner Pass and were carried to the banks of the Danube, before being shipped from Linz to Vienna. The doctors in Florence worked for six years on the emperor’s commission. When designing the whole-body figures, the modelers were influenced by artistic representations. They used forms from Michelangelo’s sketches, some of which resemble enraptured saints and martyrs. The women’s bodies have baroque characteristics.

This teaching collection was also based on a didactic system. The display cabinets could be opened to enable the objects to be examined more closely. Above each case was a colored anatomical drawing with a grid and numbers to explain the model. In addition, there were drawers underneath with explanations in Italian and Latin and some translations into German.

The models served not only as visual aids for trainee military physicians and surgeons; they were also made accessible to the general public with the aim of educating them about the structure of the human body. In the spirit of the Enlightenment, Joseph II wanted the people to have access to better education. The wax models had to be publicly accessible .

In the clearest possible way, the wax models represent a teaching collection from the Age of the Enlightenment, and most of them remain well-preserved to this day. They are exhibited in seven rooms in their original display cases made from rosewood and Venetian glass. 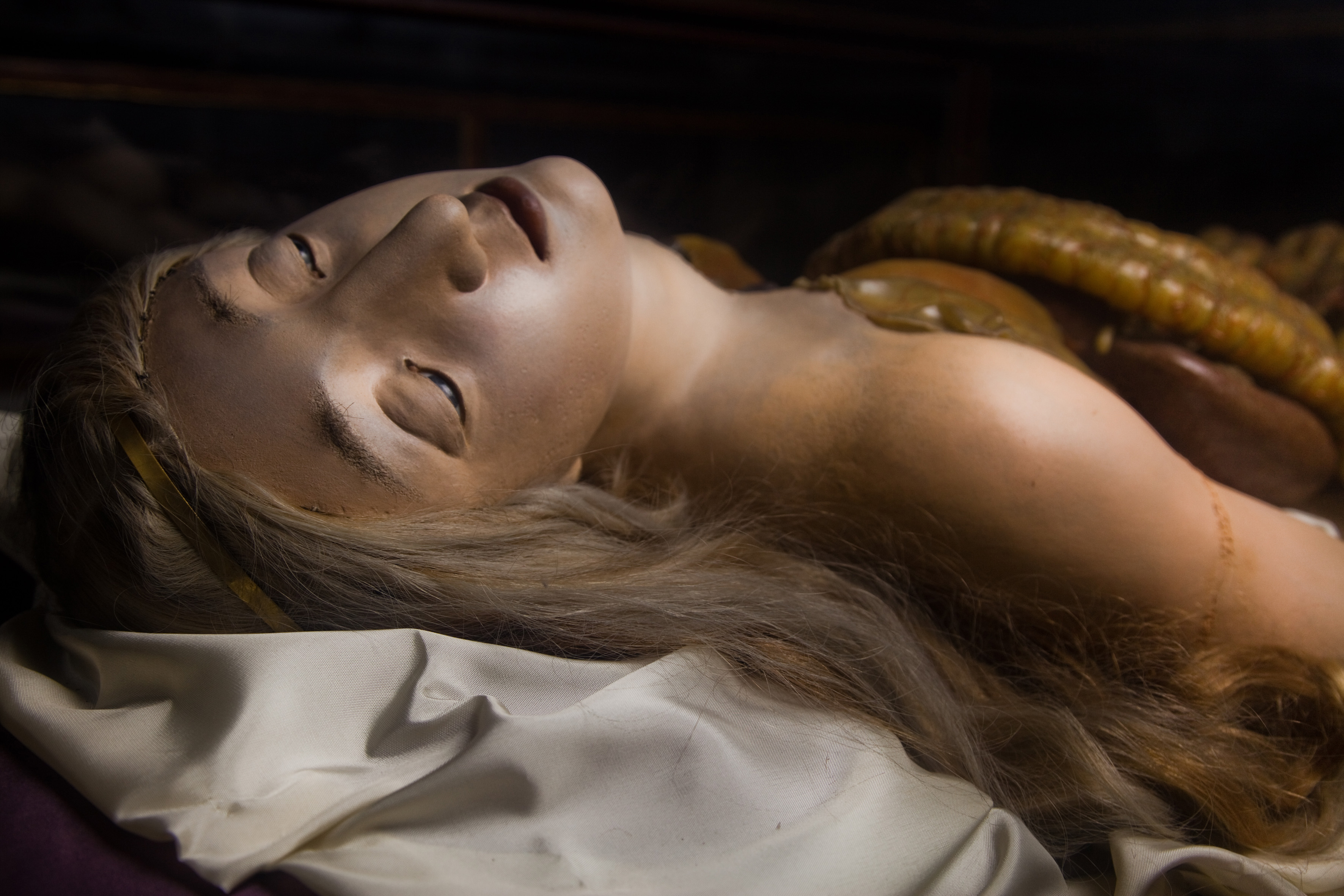 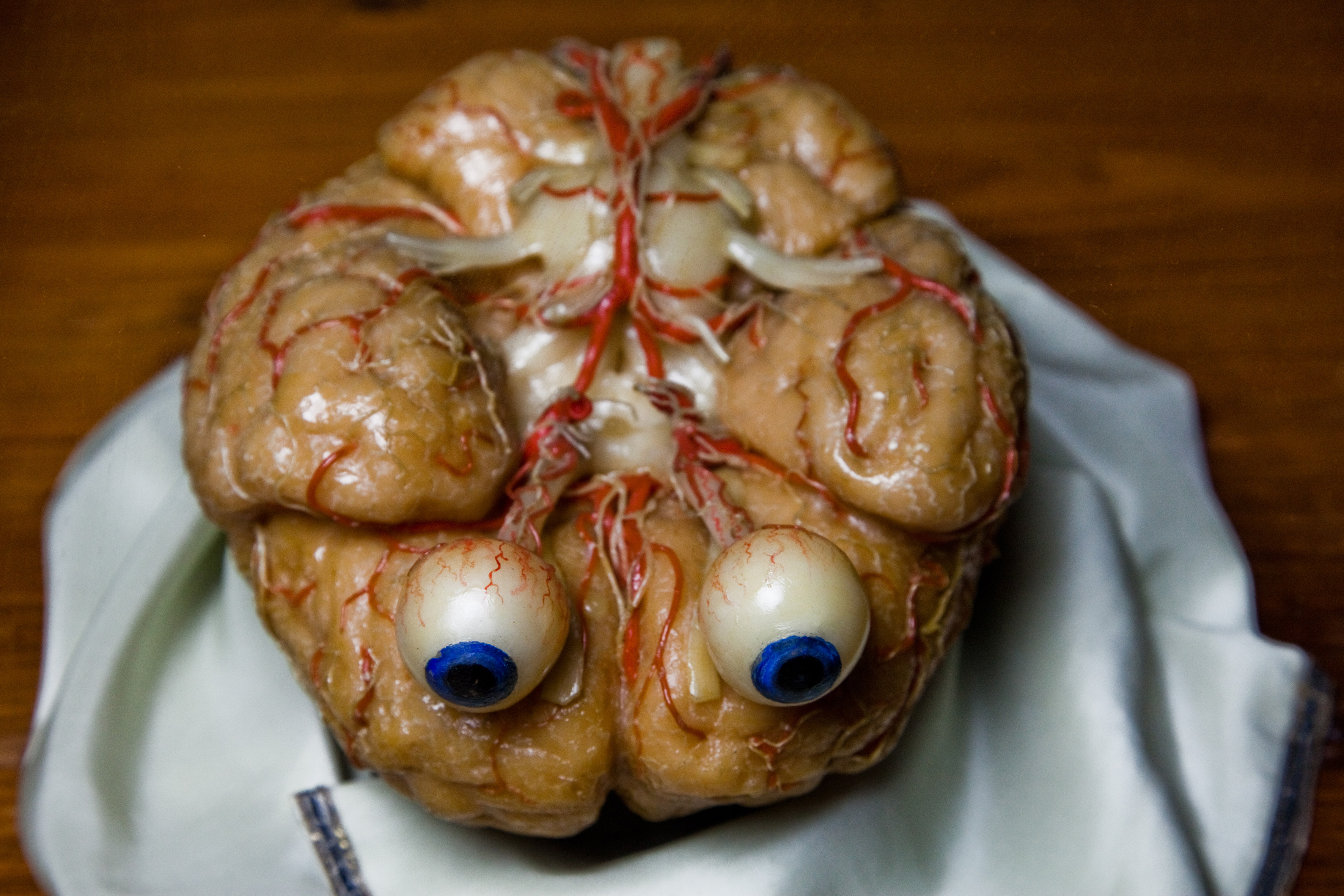 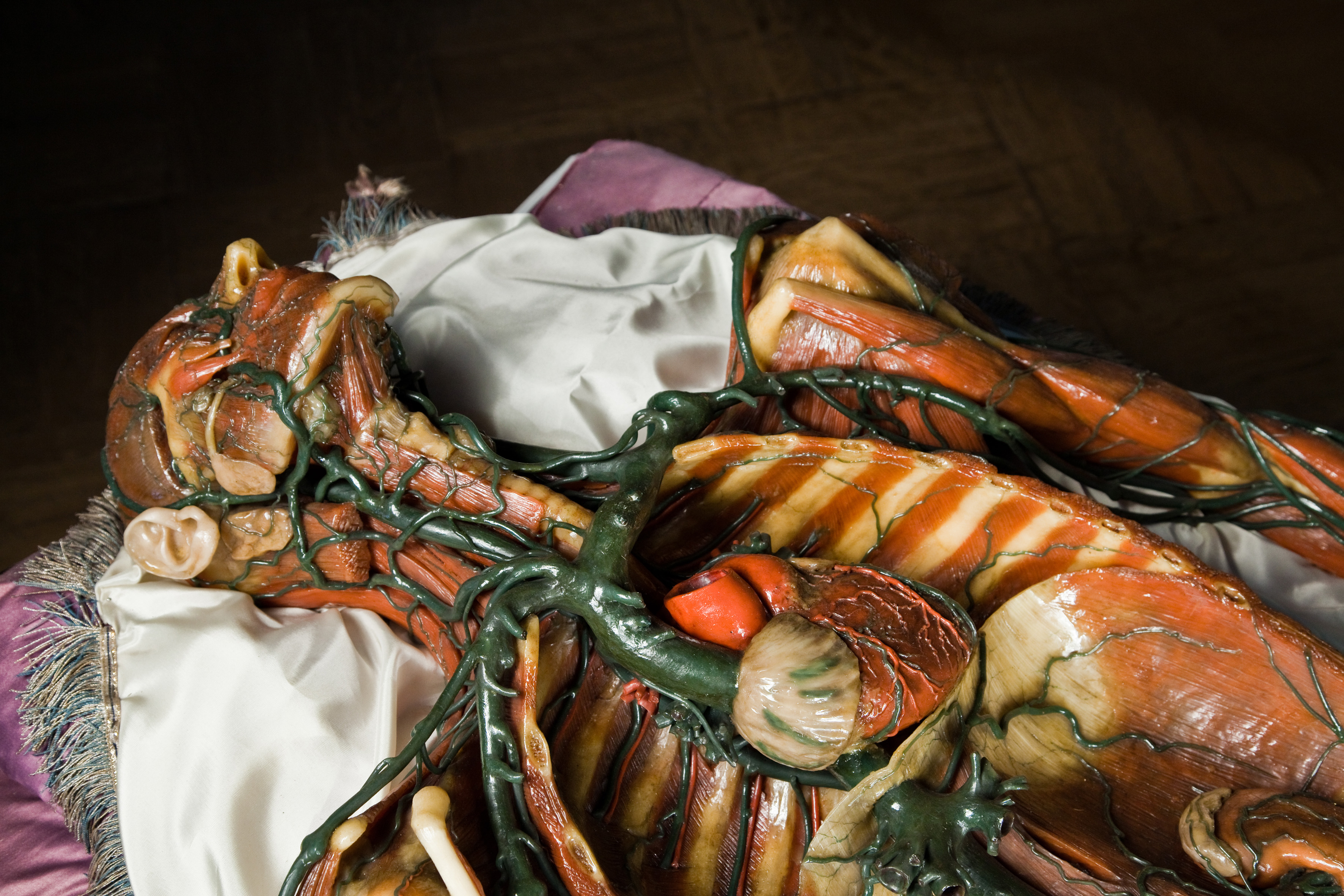 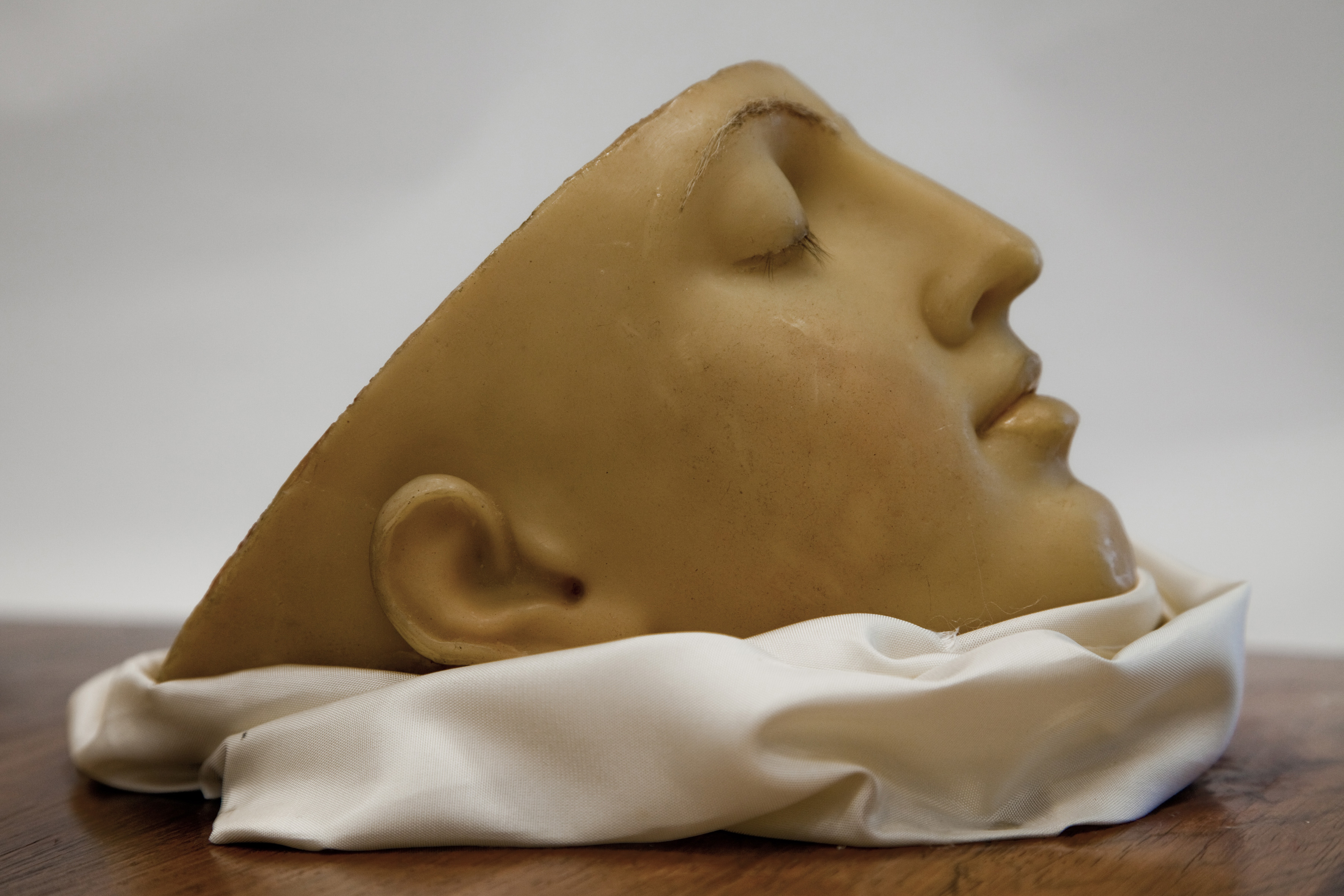 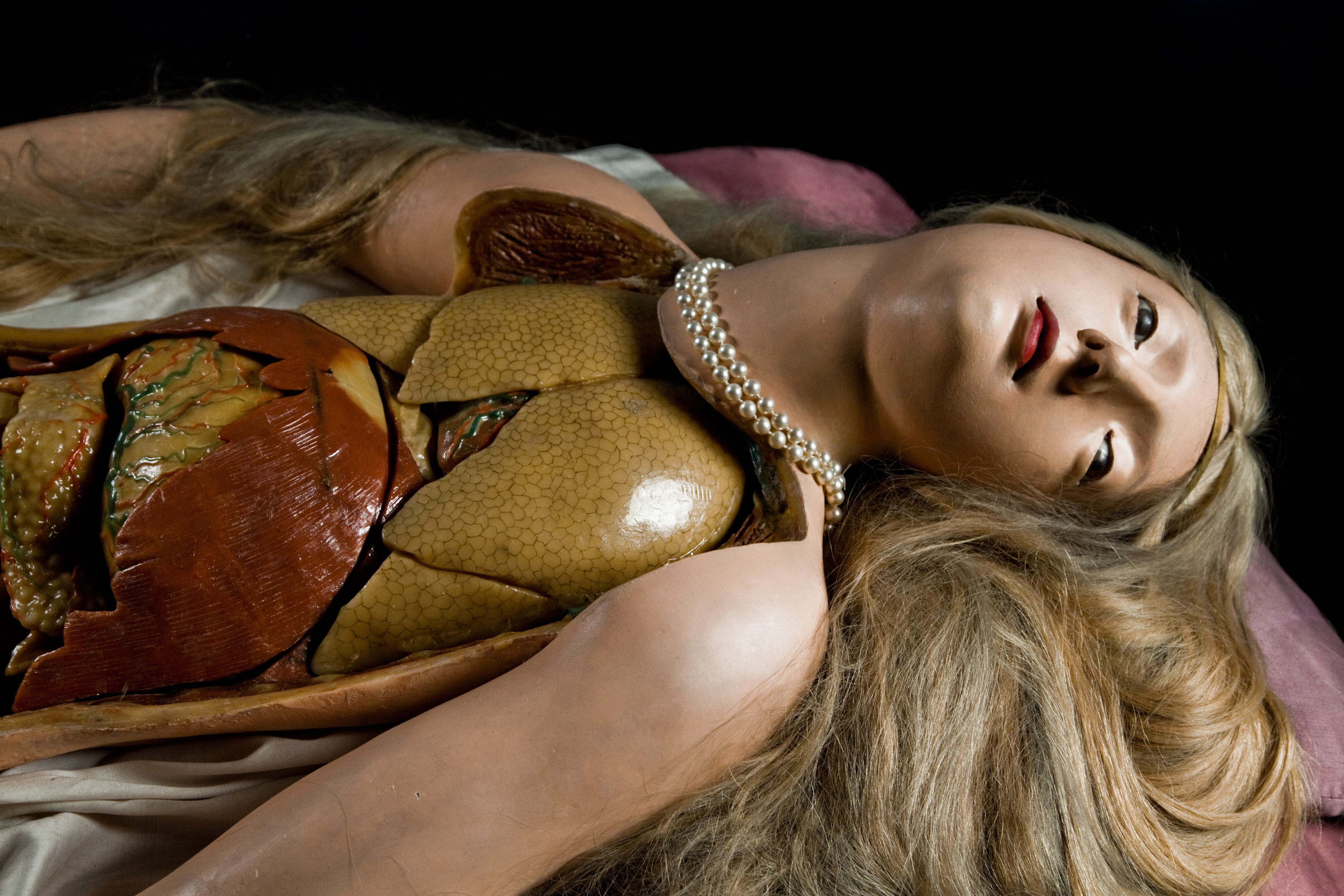 Representation of the lymphatic and blood vessels of the chest and abdomen.

Arteries and lymphatics of the brain.

Representation of the vena cava system with heart.